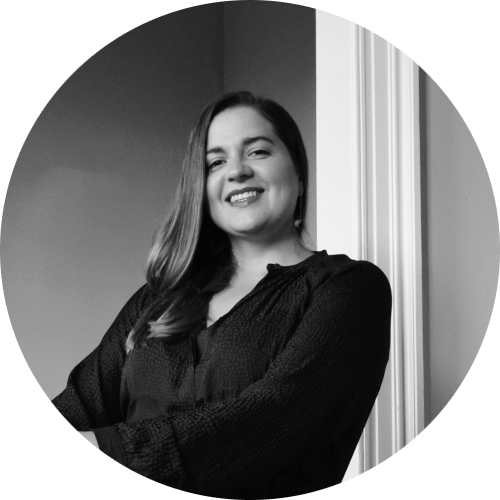 On 30 July 2021, Natalia Kotarba received a violin made by Nicolas Gilles in 2021 and acquired by Strings For Talent.

Natalia Kotarba is a Polish violinist born in Krakow and currently living in Brussels. She holds master’s degrees Cum Laude from the Academy of Music in Krakow and from the Royal Conservatory of Brussels, where she also pursued her Artist Diploma in the class of Philippe Graffin. As of 2019, she continues to master her skills as part of a string quartet as artist-in-residence at the Queen Elizabeth Music Chapel in Belgium. Natalia eagerly embraces all aspects of a musician’s life. Among the artists she has had the opportunity to collaborate with are Jean-Claude Vanden Eynden, Philippe Graffin, Gordan Nikolic, Krzysztof Penderecki, the Oxalys Ensemble. She has performed in music festivals such as Midis-Minimes, Festival Resonances and Ysaye’s Knokke in Belgium, Festival Pablo Casals in Prades France, Istanbul Music Festival in Turkey. She had the honour to perform at Bozar in the presence of the monarchs of Belgium and the Netherlands during the celebration of the 60th anniversary of the Benelux in June 2018.

Natalia is a laureate of the Chopin Foundation’s prize for outstanding students (2017). Together with the Karskis Quartet, she was awarded a Grand Prix at the International Chamber Music Competition Triomphe de L’Art in Brussels (2018). More recently, the quartet was also selected to join the Le Dimore del Quartetto network and the Amsterdam String Quartet Biennale. The Karski Quartet is rapidly gaining recognition and has been invited to perform at Klara Radio as part of the ‘Twintigers’ programme in January 2021.

Natalia was strongly influenced by jazz improvisation classes with the famous Polish jazzman Jarosław Śmietana. She finds it important to be open to different styles and types of music, which helps her to create personal and honest interpretations of musical works. She is also a dedicated teacher and a great enthusiast of music education projects that help introduce children and young adults to the beautiful world of music, for the past two years teaching at Summer Masterclasses for young musicians in Oslo.

Nicolas Gilles was born in 1977 in Montpellier where he set up his workshop after a training course resulting from a musical sensitivity since his youth.

In 1988 he participated in the television programme “L’école des Fans”, a classical guitar special presented by Jacques Martin with Pedro Ibanez as guest. The same year he won first prize at the international classical guitar competition in Romans (Isère).

French school of lutherie in Mirecourt from 1993 to 1996: diploma in instrument making for the quartet.

Assistant to Charles Luc Hommel in Marseille from 1998 to 2000 (mainly in restoration in one of the oldest workshops in France).

Assistant to Frédéric Chaudière in Montpellier from 2000 to 2002 (manufacturing).

Settled in 2001 in Montpellier, making instruments for the quartet.

In 2016 Nicolas set up his workshop in the former Royal Manufacture of Villeneuvette, 40 km from Montpellier.

This 17th century village, classified as a historical monument, is a precious setting where history and nature are preserved, and where the instruments of the quartet are made in a beautiful way.