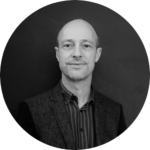 lrich Hauschild holds an MBA from the University of Passau.

Since the beginning, his career has been played out in the context of cultural, and more specifically, musical institutions..

He started as Personal Assistant to Robert Wilson and later to Gerard Mortier when he was Artistic Director of the Salzburg Festival.

From 2001, he worked as Artistic Administrator at Konzerthaus Dortmund, where he was responsible for planning and programming, the engagement of soloists, conductors and orchestra members, budget supervision, public and private funding, sponsoring, marketing and public relations.

In 2007, he was appointed Managing Director for “Pèlerinages”, Kunstfest, Weimar and in this capacity, was responsible for the planning and programming of the concerts as well as the overall management of the international interdisciplinary festival.

Between 2013 and 2020, he headed Bozar Music (Centre for Fine Arts, Brussels) where he was responsible for the planning and programming of over 250 concert events per season, covering a wide range of repertoires, from medieval to contemporary music. As Bozar is an interdisciplinary institution, the programming also aimed to link music with other artistic disciplines.

Since 2021 he is Manager of the Symphonieorchester des Bayerischen Rundfunks, one of the world’s most acclaimed orchestras. He will take a sabbatical from the autumn of 2022.