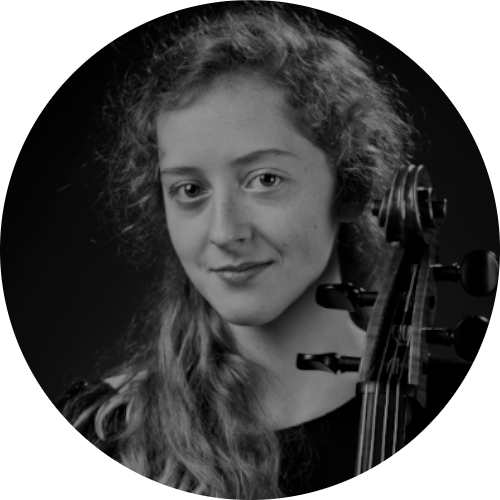 On 1st February 2019, Florianne Remme was granted the loan of a new cello, made by luthier Thomas Bertrand and acquired by Strings For Talent. The Dutch National Instrument Foundation provided her a beautiful bow made by J.J. Martin.

She followed masterclasses with Gary Hoffman, Raphael Pidoux, Frans Helmerson, Paul Katz and many others during festivals and summer courses such as the Brussels Cello Festival, Festival Young Talent Schiermonnikoog, Festival Pablo Casals, the Emmy Verhey Festival, Festival Verao Classico and the Cello Biennale in Amsterdam.

Florianne regularly gives recitals, both as a soloist and as a member of chamber music groups. She has given solo recitals during festivals as the Dordrecht Bach Festival and the Amsterdam Grachtenfestival and played several times for the Dutch National Radio and TV. She performed as a soloist with different youth orchestra’s in The Netherlands.

Florianne has a great passion for chamber music. She has been involved in many chamber music projects, including a concert tour with members of the former Rubens Quartet in 2017. Together with Pieternel Tils and Jorian van Nee she plays in the Audax Piano Trio. In 2019 they participated in the Zeist Music days and followed masterclasses from the Jerusalem Quartet, Elisabeth Leonskaya, Boris Giltburg and others.

The cello, made by Thomas Bertrand in 2018, was inspired by Antonio Stradivari’s cello «Castelbarco» (1697).

Thomas Bertrand creates violins, violas, and cellos of the highest quality, in the tradition of the 17th and 18th century Italian masters of Cremona and Venice.

He is also a master of sound optimisation.

He is a member of several violin makers’ associations, including ALADFI (France), KLANGGESTALTEN (Germany) and the VSA (United States).

His workshop is located in Brussels.

More on his site: https://www.bertrand-luthier.eu